Energy, science and technology blogger Ketan Joshi published an article on Monday which posed the question ‘Is Sydney’s heat decoupling from demand spikes?’. Within the post, he uses historical data from NEM-Review to compare New South Wales’ average demand between 2000-2015 against the daily average demand so far in 2016:

“Curiously, demand isn’t much higher or lower than the past five years. Keep in mind this comparison is slightly different – averages from 2000 to 2015, rather than temperature averages from 1859 to 2015 (like-for-like also shows average 2016 temps above the 2010-2015 average, though).” 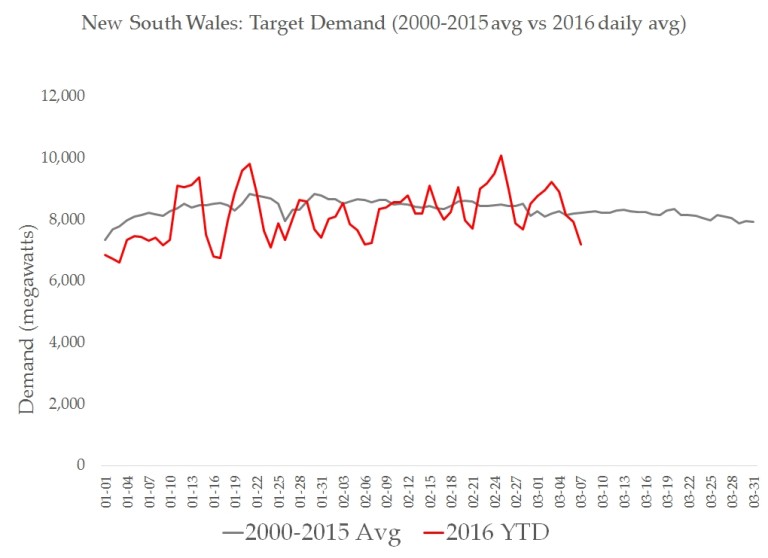