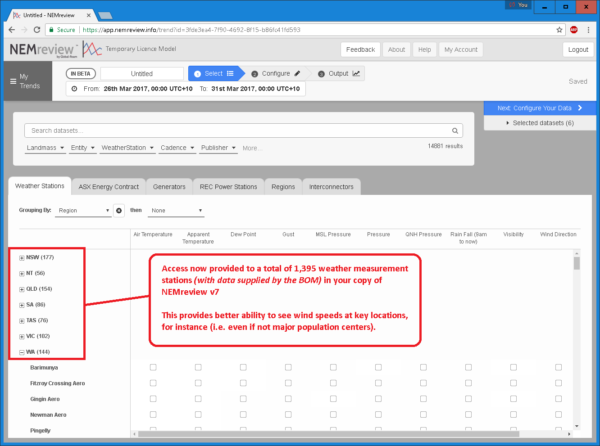 As noted in this example a month ago, we initially incorporated weather data for a more limited number of BOM measurement points into the earlier betas of NEMreview v7.

This was perhaps acceptable for clients when their interest was related to how temperatures were affecting regional demand levels (because the measurement points we’d chosen were the major population centers across the NEM).  However it was less suitable when interested in a range of other variables (such as wind speeds related to the passage of TC Debbie, as per the example above – where Mackay was formerly the closest measurement point included).

As can be seen in the image below, wind speeds were considerably higher in Proserpine and on Hamilton Island: 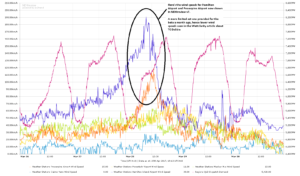 We’re keen for feedback from clients as to whether we have included enough measurement points now?